The Kearny Cross was a military decoration of the United States Army, which was first established in 1862 during the opening year of the American Civil War. The original decoration was known as the Kearny Medal and was adopted as an unofficial medal by the officers of the 1st Division, 3rd Corps, of the Union Army of the Potomac, which had served under Major General Philip Kearny. 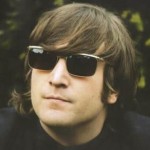 Here’s a little story about my LA button.